Using the increasingly popular equity crowdfunding model, Fan Rebellion announced a new opportunity for fans to own a piece of the Las Vegas live entertainment market. 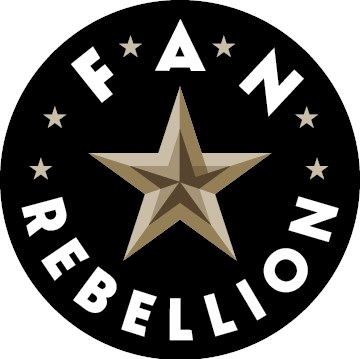 More details about Fan Rebellion and its crowdfunding offering can be found at https://fanrebellion.com

"The world of Las Vegas entertainment - the development, financing, and production of live shows - has traditionally been limited to deep-pocketed players," said Fan Rebellion co-founder Seth Yudof. "The everyday fan has rarely been given the chance to participate directly in the Las Vegas entertainment market. We aim to change that."

Fan Rebellion specializes in the development and production of ticketed events and attractions in Las Vegas, such as live productions and shows. The company's business model gives fans a chance to share in the success of live shows and attractions by providing the opportunity to own a piece of the production company. A novel and innovative concept, Company executives believe this opens the door for fans and artists to take a more active part in the development of live productions and events, paving the way for a future of fan-owned entertainment.

"In a sense, we are adapting the Broadway funding model to the Las Vegas entertainment scene," noted company co-founder Jayson Pearson. "When you support a Broadway show, you can directly benefit if the show is a success. Our partners get the same opportunity to share in the success of our shows and attractions, along with similar perks as offered by Broadway, but unlike the traditional model you don't need a large budget to get a seat at our table."

Fan Rebellion's first live show is scheduled to open in Las Vegas at the end of August. The company is developing other live productions and ticketed attractions for a planned 2023 opening.

Interested parties can find more information on the company's mission and projects at https://fanrebellion.com

To view the source version of this press release, please visit https://www.newsfilecorp.com/release/130096

Sign up to receive news releases by email for Plentisoft or all companies belonging to the Technology, Multimedia/Internet/Online Services, Publishing/Informational Services industries.