The 2022 Stanford-Harvard-MIT Future Tech Startup Competition in the western American division was successfully concluded this early summer. A total of 38 teams from the American West signed up for the competition with projects ranging from Web3, software services, Artificial Intelligence, and other industries. After careful review by the judges, 11 teams were selected to participate in the final round. 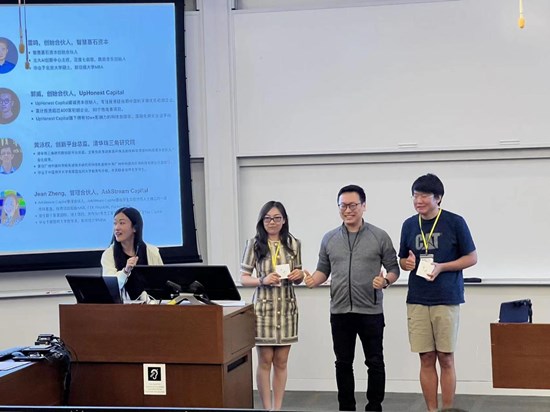 Deeper Network was founded in Silicon Valley in 2019 with the vision of leveraging blockchain technology to empower billions of internet users, representing the world's first decentralized blockchain network towards building a truly private, secure and fair internet. The user-centric core of Deeper Network continues to power its products, value-added services, and network. Deeper believes that there is an eternal basic rule behind the emergence and development of the era of Web1.0, Web2.0, and Web3.0. Deeper's unique and powerful hardware - Deeper Connect, enables enterprise-level cybersecurity, decentralized VPN (DPN), privacy protection, blockchain mining, and other valuable features. These features can seamlessly migrate billions of users from Web 2.0 to Web 3.0. With over 68,000 nodes already distributed worldwide, Deeper is building not only the infrastructure of Web 3.0, but also, an accessible gateway for everyone to join the future of the internet.

To view the source version of this press release, please visit https://www.newsfilecorp.com/release/127817

Sign up to receive news releases by email for Global News or all companies belonging to the Publishing/Informational Services industry.