Alan Carter, Cabral's President and CEO commented, "PDM is one of the five different targets that we are currently drilling at Cuiú Cuiú, and these additional diamond-drill results from the primary mineralized zone in granitic rocks below the gold-in-oxide blanket at PDM, continue to suggest the presence of another primary gold deposit in basement granitic rocks. Whilst it is early days for this discovery and much work remains to be done to define the continuity and extent of the mineralized zone, the initial diamond drilling at PDM is very promising, and presents many similarities to the nearby Central and MG gold deposits, as well as the Machichie discovery. We look forward to receiving additional assay results from drilling at the PDM target in the coming months as we work to determine the size of this new gold discovery".

Following the identification of an extensive gold-in-oxide blanket at PDM in August 2021 (see press release dated August 10, 2021), a program of diamond drilling was initiated in late 2021 in order to test for the presence of an underlying zone of primary gold mineralization in the un-weathered granitic basement rocks similar to that at MG and Central. 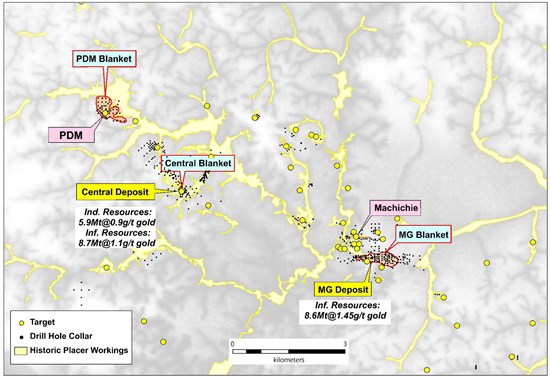 Figure 1: Map showing the location of the PDM target and the existing MG and Central primary gold deposits, the hard rock discovery at Machichie, and other key targets (yellow circles) within this part of the Cuiú Cuiú district. It also shows the recently identified gold-in-oxide blankets at MG, Central and PDM 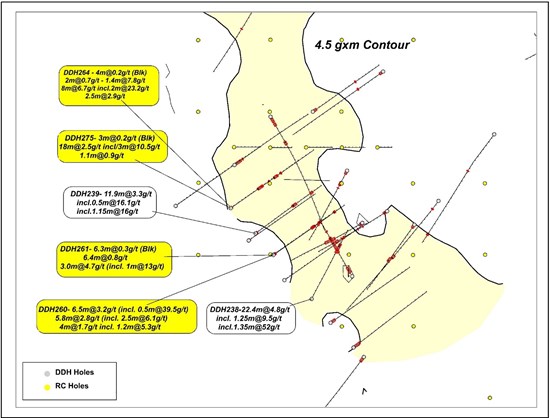 Of particular note are the results from holes DDH275 and DDH264. These holes were drilled from the same platform located 50m north of DD239 (Figure 2, Figure 3, Table 1). 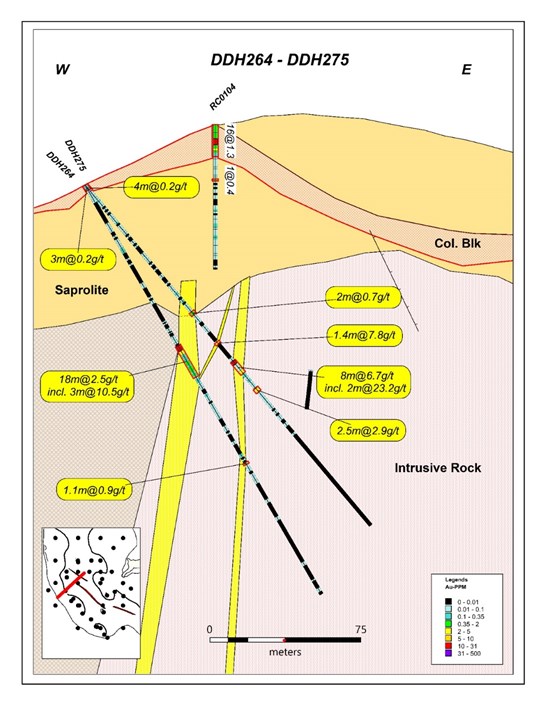 Figure 3: Cross section at PDM through the primary mineralized zone showing the location of DDH275 and DDH264 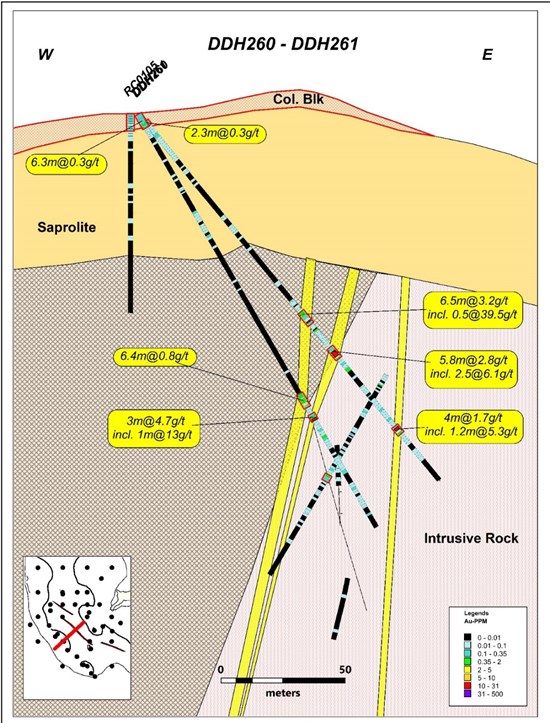 Figure 4: Cross section at PDM through the primary mineralized zone showing the location of DDH260 and DDH261

Results are currently pending on three additional diamond-drill holes at PDM. That diamond-drill rig was redeployed to, and is currently operating at the Machichie target. Following the receipt of drill results from the final three holes, a follow-up diamond-drill program will be planned. Thus far, 6 of the 14 initial diamond drill holes in testing the basement rocks at PDM have returned excellent results and further drilling is definitely warranted. Infill RC drilling of the overlying gold-in-oxide blanket at PDM has commenced, and is testing on a tighter spaced grid, with the objective of better constraining the high-grade core to the blanket in order to better define underlying basement drill targets.

Cabral continues to drill with five rigs currently operating within the Cuiú Cuiú district. Three of the diamond drill rigs are drilling to define the high-grade core zones and expand the known resources at the Central and MG gold deposits, as well as to expand and better define the size of Cabral's discoveries at PDM and Machichie. The company-owned RC rig will continue to search for and define near-surface oxide mineralization, while the fourth diamond rig will test regional more advanced targets.

Results are pending on four diamond-drill holes at MG and drilling continues.

Results are pending on nine diamond-drill holes at Central and drilling is continuing.

Results are pending on 36 RC holes drilled north of Central which are aimed at further defining the extent of the near surface gold-in-oxide blanket material. Following the completion of the current program during April, the RC rig was transferred from Central to PDM.

Results are pending on five RC holes at PDM where infill drilling of the gold-in-oxide blanket is being undertaken with a particular focus on further defining the higher grade core to the blanket. Drilling is continuing.

Results are pending on two diamond-drill holes at Machichie and drilling continues.

Results are currently pending on the initial three diamond-drill holes drilled in 2022 at the Indio target and drilling is continuing.

To view the source version of this press release, please visit https://www.newsfilecorp.com/release/121997