New York, New York--(Newsfile Corp. - March 21, 2022) - Kiba Inu has awarded the world's first professional NFT trophy, named the Fairplay Award, to the European Cricket League Swedish team Alby Zalmi after a riveting six weeks of competition and 144 cricket matches. This groundbreaking milestone is a first in the crypto-sphere and supplements Kiba Inu's sponsorship with the European Cricket League that placed Kiba Inu's logo on the jerseys of every player on all 30 teams, which awarded Kiba Inu with another world record for most shirts sponsored by a single organization at an event. The special awardee is Swedish cricket player Azam Khalil and culminated with a celebratory event on Saturday, March 19th. 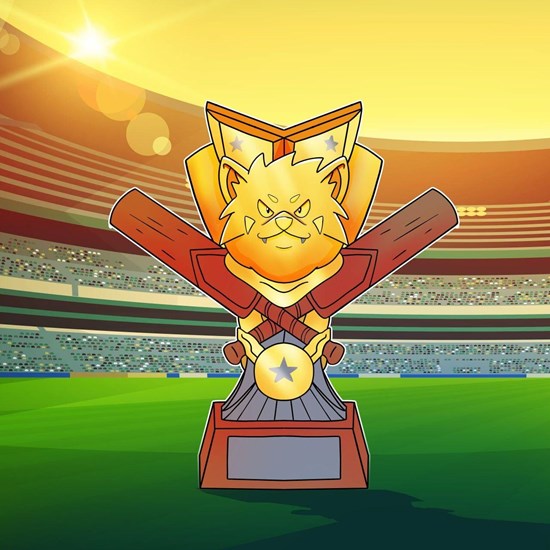 The European Cricket League drew in over 140 million viewers in 2019 before being canceled in 2020 and 2021. With the return of the ECL this year, there has been a renewed interest in viewership and offered Kiba Inu a keen opportunity for strategic visibility. Kiba Inu is the first cryptocurrency that the ECL partnered with, paired with diverse teams spanning the entire European continent and comprising fanbases from 15 countries.

Kiba Inu has released wide-ranging utility outlined in their roadmap:

Kiba Inu can be purchased using Binance Smart Chain, the Ethereum Network, and at the time of writing is valued at 24m on CoinMarketCap.

The information provided in this release is not investment advice, financial advice, or trading advice. You must practice due diligence (including consultation with a professional financial advisor before investing or trading securities and cryptocurrency.

To view the source version of this press release, please visit https://www.newsfilecorp.com/release/117570

Sign up to receive news releases by email for Newscall Presswire or all companies belonging to the Publishing/Informational Services industry.