Wilmington, Delaware--(Newsfile Corp. - January 6, 2022) - Cheems Inu coin is soon launching their MemeTools and a metaverse game in the coming month(s). Cheems Inu, the king of meme coins, can be considered a meme no longer. The crypto currency launched last month on the Binance Smart Chain as just another dog-based coin, but since then the development team has worked hard to create utility and value for the token. The community has responded and pushed Cheems Inu to an all-time high of 60 million (USD) market cap with over 40 thousand individual holders. 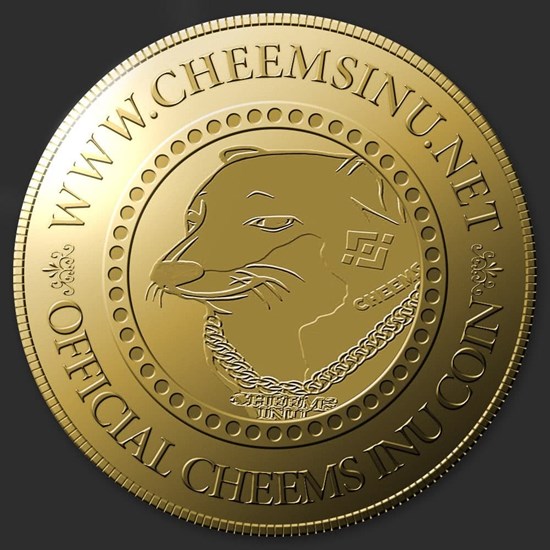 The Cheems Inu team believes they can properly combine the lighthearted fun of a meme token with utility and function, to create a truly revolutionary crypto project. The team's vision is to inspire and educate their base about blockchain technology and create wealth and liquidity for the new generation of investors.

Part one in this plan is already in development and involves creating a universal hub for meme token listings, charts, and educational material. This site, knowns as MEMETOOLS, will be operational in its initial version during Q1 2022. Later in 2022, a swap functionality called CHEEMSWAP will be added.

Besides the exposure that will come from being listed on the Cheems Inu MEMETOOLS site, token developers and advertisers will be able to utilize ad space across the platform. All ads and fees will be paid for in Cheems Inu tokens, of which half will be burnt, and half will be added to rewards supply for future staking plans.

Part two of the dev teams plans was announced on December 30, 2021 to a great reception. Cheems Inu is teaming up with several other projects on BSC and ETH to create a Metaverse game that will be called Metapolis. This Play to Earn game will take place in a huge open world virtual city, where users will compete to accumulate property, wealth, and fame. Cheems Inu holders will control the "downtown" area of Metapolis, and land sales (in the form of CHEEMSBURGER Business Licenses) have now begun. As of writing, 26% of the available spots were sold within 10 hours of being available. Cheems Inu holders are excited to be a part of the metaverse, the future of gaming.

The Cheemsburger Licenses will offer passive income to anyone holding one. Furthermore, the license gives them a lease in a building in downtown Metapolis and a chance to make more money in the metaverse. Businesses will be offered support setting up and with integration into online and real-world markets. All business services and products will exist in the form of liquidized NFTs, meaning users can always sell them, even when there is no direct buyer. This is part of a revolutionary economic system being developed in partnership with other teams in the Metapolis.

MemeTools and CheemSwap will have physical locations in the metaverse where users can interact with them in virtual reality. Their use will be integral to success in the Metapolis ecosystem and bring further exposure and token burn to Cheems Inu. This is not only a game, but an engine designed to bring wealth to those who master it.

50% of the taxes go towards an automatic burn function where the allotted tokens get permanently deleted from the supply. The rest of the tax goes towards marketing and liquidity.

To view the source version of this press release, please visit https://www.newsfilecorp.com/release/109243

Sign up to receive news releases by email for Mooning Ads LLC or all companies belonging to the Blockchain, Technology industries.