Hanoi, Vietnam--(Newsfile Corp. - October 12, 2021) - Kripto Galaxy Battle, the Idle game built on the blockchain platform that combines DeFi, NFT collectibles and play-to-earn, is pleased to announce the successful IFO on BecoSwap with a considerably high oversubscribe of 1200% and 4 million USD committed on BecoSwap Launch Pad. On the grounds of this, Kripto Galaxy Battle is thrilled to be added in Kardia Ventures' and VNDC Ventures' investment portfolios.

While there are various series of games running on the blockchain platform with different styles, Kripto Galaxy Battle is proud to be the first project to conduct the Idle "Play-to-earn" game on KardiaChain. Idle "play-to-earn" game means that players can have limited actions or even no interaction with the game, but the NFT characters can automatically play. Though there are little actions, the game requires in-game strategies to earn the most profit. Thus, it promises to be addictive once users start playing. Moreover, with simple gameplay and friendly graphics, anyone could easily start playing Kripto Galaxy Battle and become a game master even if you rarely play strategy game before.

What differentiates Kripto Galaxy Battle from other games in the blockchain industry is that Kripto Galaxy Battle is a perfect combination of NFT gaming and DeFi: The game is developed on KardiaChain by Cyforce Game Studio & BecoSwap. With BecoSwap, Kripto Galaxy Battle will get easier to develop the infrastructure and economy, which facilitated further development, especially in DeFi, for example, farming, staking features, or even the NFT marketplace. In other words, users can craft in-game characters and items on BecoSwap Platform and trade on Becoswap NFT Marketplace, no longer having to wait like other projects.

"With BecoSwap, gameplay will truly become the mix of Gaming and DeFi, the revolution of the industry, when people surely get rewards for their time, their efforts," said Ms. Su Nguyen - CBO Kripto Galaxy Battle.

Cyforce Game Studio's CEO aka Kripto Galaxy Battle's Co-founder Mr. Nguyen Vu Son shared about the strategic development of the game project: "With long-term experiences in game development, we have selected Idle games that are very simple for players to access. Moreover, with the first collaboration of Game-Fi on Kardiachain with BecoSwap, the game platform will be also equipped with many DeFi features. It will be suitable for a wide range of players, and bring real investment and entertainment for any users." 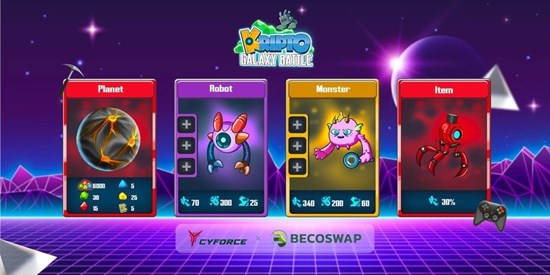 Kripto Galaxy Battle's storyline - a science fiction with a wide scope spanning from different planets, is also a factor that entices many people: As resources on earth get scarce in the future, humans have to conduct exploration of the universe to search for Gems containing great energy and high value. The continuous exploration put an end to the period of peace in the galaxy and kicked off the wars to invade the planet, loot Gems are constantly happening. To survive and thrive, the players will have to be talented strategists. Along with managing an efficient Gems mining system, they also have to build and command a strong army to join the uncompromising war. The game also has an interesting feature that makes it even more attractive: Characters in-game can combine to create a new character according to the principles of genetics. New characters may have mutations that make them highly valuable and powerful inside and outside the game. PvP and PvE fighting elements, as well as events, will be introduced as the game advances. 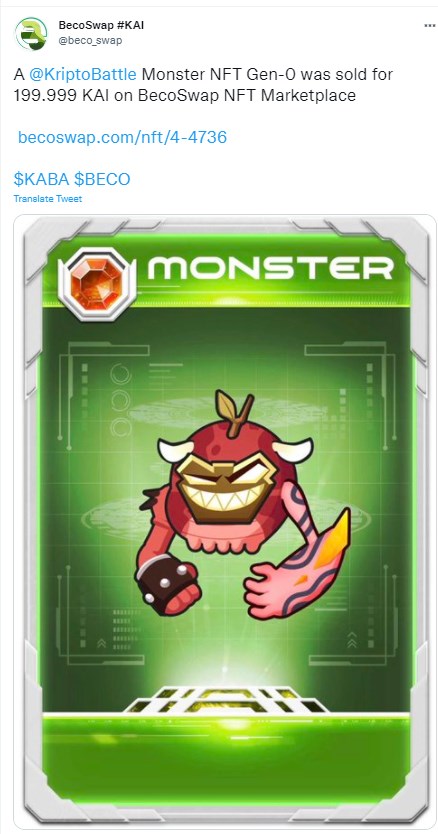 At the moment, players can start trading Robot and Monster NFTs on BecoSwap Marketplace and assemble them to create new NFT, following the Genetic Map. The volume of NFTs soon reached 1M BECO token after the first week launching. NFT prices are up to thousand dollars with a variety of rarity.

To view the source version of this press release, please visit https://www.newsfilecorp.com/release/99238