Vancouver, British Columbia--(Newsfile Corp. - August 12, 2021) - Thor Explorations Ltd. (TSXV: THX) (AIM: THX) ("Thor" or the "Company") is pleased to announce further drilling results from the northern extensions of the Makosa mineralised trend at its Douta Project, Senegal. Wide-spaced exploratory drill sections were completed over a 1,300m northern extension beyond the last line of drilling. Results received to date indicate that gold mineralisation continues to the north and remains open-ended.

"The drilling results from Makosa North are particularly exciting as they suggest that the Makosa gold system continues further to the north than originally expected. Furthermore, several higher-grade intersections were received that may suggest an increase in grade to the north. In addition, the last section drilled on hole DTRC311 intersected 10m at 1.42g/tAu suggesting that the mineralisation is open-ended to the north."

The Douta Gold Project is a gold exploration permit that covers an area of 58 km2 and is located within the Kéniéba inlier, eastern Senegal (Figure 1). Thor, through its wholly owned subsidiary, African Star Resources Incorporated ("African Star"), has a 70% economic interest in partnership with the permit holder, International Mining Company SARL ("IMC"). IMC has a 30% free carried interest in its development until the announcement by Thor of a Probable Reserve.

The Douta licence is strategically positioned 4km east of the Massawa North and Massawa Central deposits which form part of the world class Sabadola-Massawa Project that is owned by Teranga Gold Corporation (Figure 1).

The northern parts of the Makosa prospect were tested previously with wide-spaced reverse circulation ("RC") drilling with mineralisation being intersected on the last exploration drill line. Subsequently a follow up programme was completed to test for possible extensions to the north in previously un-tested ground. The results from this follow-up programme, as reported here, indicate continuing gold mineralisation to the north. 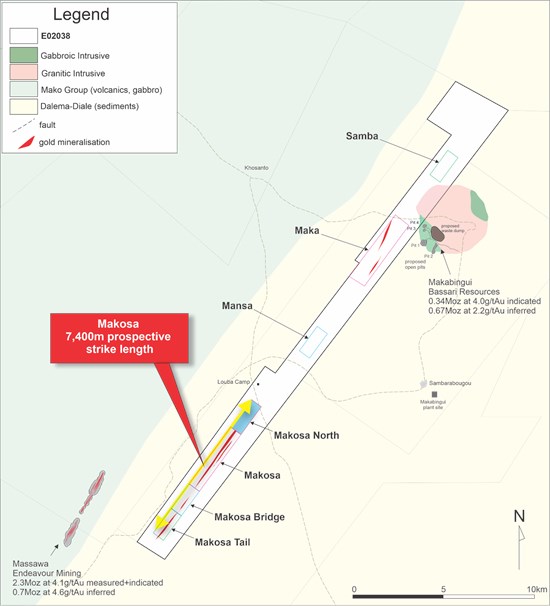 The results from the exploratory RC drilling programme at Makosa North are shown in Table 1 and Figures 2 and 3. The full table of results is attached in Appendix 1.

Drillholes DTRC 281 and DTRC283 were drilled at the ends of existing drill sections to test for across-strike extensions of mineralisation with positive results including 16m at 1.58g/tAu and 9m at 2.93g/tAu respectively. These results further resolve a pod of mineralisation that extends over a strike length of nearly 800m. 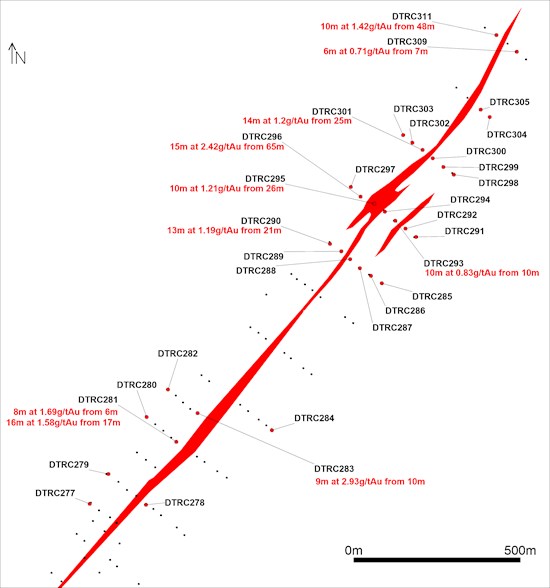 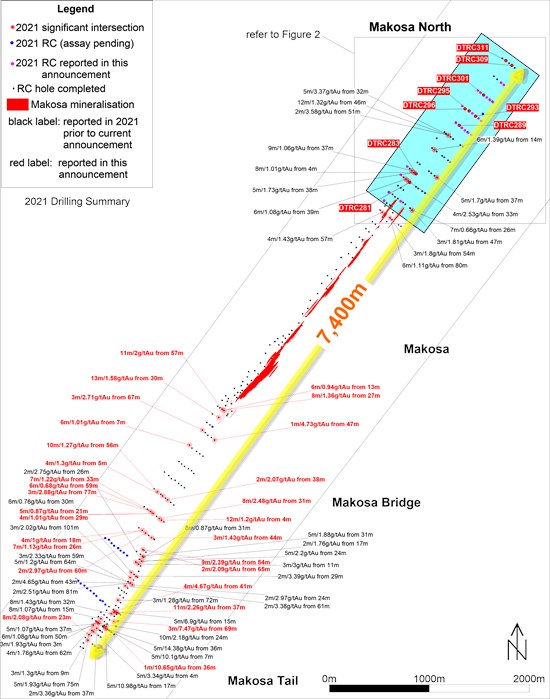 The above information has been prepared under the supervision of Alfred Gillman (Fellow AusIMM, CP), who is designated as a "qualified person" under National Instrument 43-101 and the AIM Rules and has reviewed and approves the content of this news release. He has also reviewed QA/QC, sampling, analytical and test data underlying the information.

Thor Explorations Ltd. is a Canadian mineral exploration company engaged in the acquisition, exploration and development of mineral properties located in Nigeria, Senegal and Burkina Faso. Thor holds a 100% interest in the Segilola Gold Project located in Osun State of Nigeria and a 70% economic interest in the Douta Gold Project located in south-eastern Senegal. Thor trades on the TSX Venture Exchange and on AIM under the symbol "THX".

This press release does not constitute an offer to purchase securities. The securities to be offered in the offering have not been and will not be registered under the United States Securities Act of 1933, as amended, or any state securities laws and may not be offered or sold in the United States or to, or for the benefit or account of, a U.S. person, except pursuant to an available exemption from such registration requirements.

NOT FOR DISSEMINATION IN THE UNITED STATES OR FOR
DISTRIBUTION TO U.S. WIRE SERVICES

To view the source version of this press release, please visit https://www.newsfilecorp.com/release/92845

Sign up to receive news releases by email for Thor Explorations Ltd. or all companies belonging to the Mining and Metals industry.