"Disraeli's Hook Bay zone is clearly a more primitive portion of the greater Disraeli intrusion. The presence of airborne EM conductors coincident with a reversely polarized magnetic body, something that does not occur at TBN, suggests the potential for semi or even massive sulphides. Rare massive sulphide intercepts at TBN have returned impressive grades such 98 g/t PGE (52.8 g/t Pd, 41.5 g/t Pd, 3.9 g/t Au), 3.3% Ni, and 11.6% Cu over 2.6 meters in hole BL10-197 (see Magma Metals Limited News Release February 15, 2010). These grades reflect the very high metal tenor of the sulphides, which is the hallmark of the PGE-rich mineralization in the Nipigon Plate portion of the Mid-Continent Rift." commented Weyrauch.

An exploration drill permit has been received and the Company plans to drill Disraeli in February 2021, pending winter ice conditions. 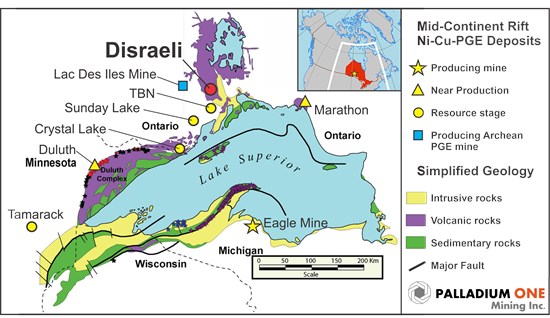 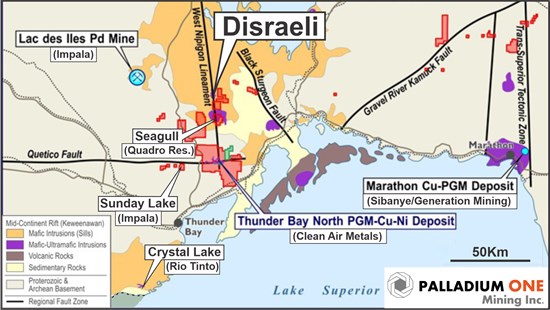 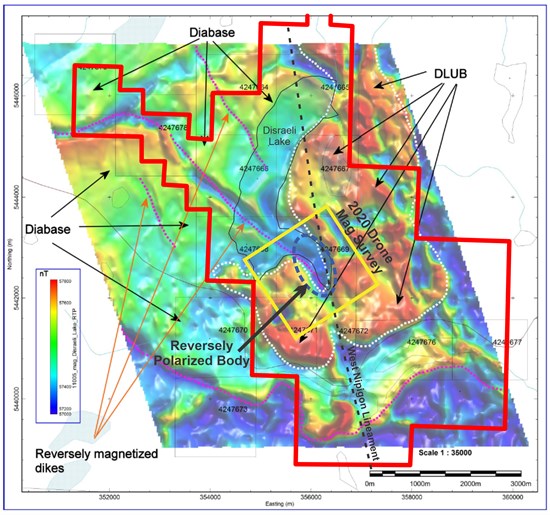 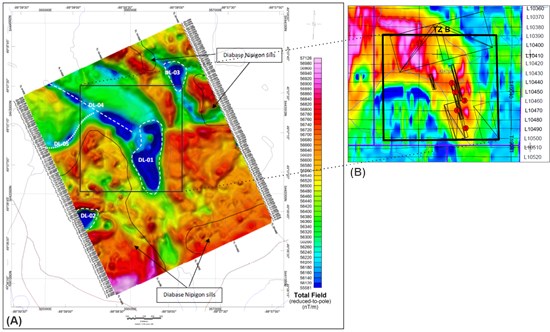 Figure 4. Image (A) is the 2020 drone based, 25-meter spaced survey, TMI-RTP mag, target DL-01 is the Hook Bay strongly magnetic reversely polarized body. Image (B) are EM anomaly picks and Maxwell plates models by Condor Consulting in 2014 from the 2011 AreoTEM survey. The background image is a 60-meter conductivity depth slice. 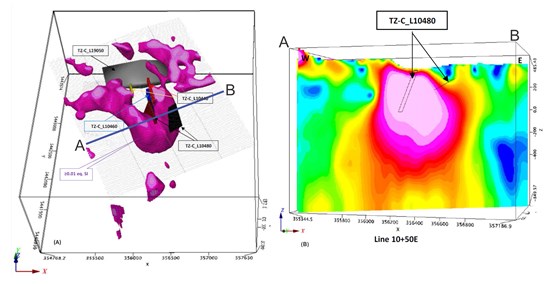 To view the source version of this press release, please visit https://www.newsfilecorp.com/release/69819