Vancouver, British Columbia--(Newsfile Corp. - December 2, 2021) - Ridgeline Minerals Corp. (TSXV: RDG) (OTCQB: RDGMF) (FSE: 0GC0) ("Ridgeline" or the "Company") is pleased to announce final results for the Crash Zone drill program at the Company's 100% owned Carlin-East Gold Project ("Carlin-East"). The project is centrally located in the north Carlin Trend and sits adjacent to the world-class Goldstrike gold deposit and directly on-trend of Nevada Gold Mines emerging high-grade gold discovery at North Leeville (Figure 1). The Company's 2021 drill program encountered challenging drilling conditions throughout the program and as a result, completed one out of the three planned drill holes to target depth with details summarized below.

Chad Peters, Ridgeline's President, CEO & Director commented, "This was a challenging drill program for our team and unfortunately we did not achieve our primary objective of intersecting Lower Plate host rocks at the Crash Zone. Only one-of-three planned holes reached target depths indicating the Crash Zone target has not been adequately tested and we believe there is still potential for a discovery to be made at Carlin-East. Deep drilling is always a challenge in Nevada and demand for drilling services is the highest I've seen in my ten years working in the state. In the case of Carlin-East, it's not in the Company or our shareholders best interest to continue drilling 1,000+ meter holes until we can secure a more equitable core drilling contract once the demand for drill rigs has cooled. Our land position in the North Carlin Trend remains the largest of any company aside from Nevada Gold Mines and we will continue to strategically advance both Carlin-East and our neighbouring Bell Creek project forward in 2022." 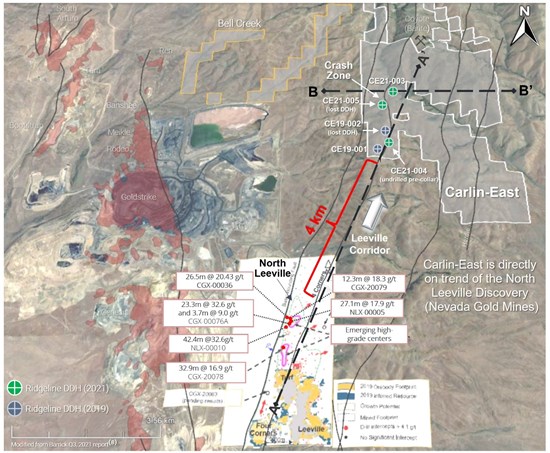 Figure 1: Regional map of the north Carlin Trend showing the Carlin-East project directly on trend of the Leeville-Turf and North Leeville gold deposits

Carlin-East is a Carlin-Type gold exploration project located within the prolific Carlin Trend. The project area straddles Eureka and Elko counties in Nevada and is comprised of 422 contiguous federal lode claims and fee lands totaling 35 km² of mineral rights. Historical and currently producing mines nearby include the Goldstrike, Leeville-Turf, Meikle-Rodeo, and Genesis-Bluestar operations. (View the Carlin-East VRIFY Deck Here)

Figure 2: Schematic X-Section A-A' showing the regional trend to mineralization along the Leeville Structural Corridor, host to the Carlin and Leeville-Turf mines as well as the emerging North Leeville discovery. Conceptual targets at Carlin-East are projected to depths ranging from 1,000 to 1,400 meters 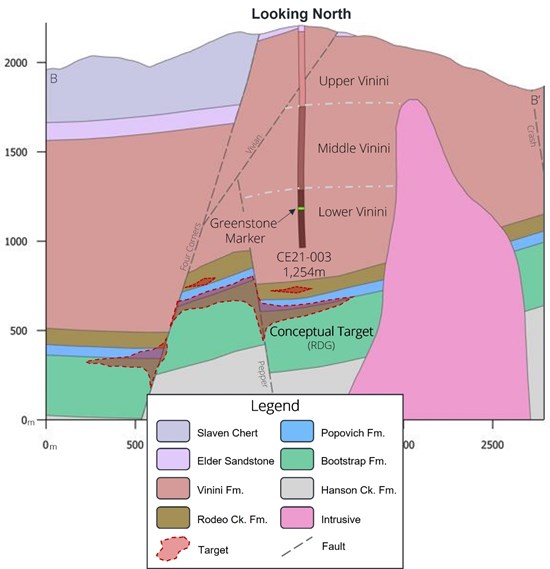 Technical information contained in this news release has been reviewed and approved by Michael T. Harp, P.Geo. the Company's Vice President, Exploration, a qualified person within the meaning thereof under National Instrument 43-101 and responsible for technical matters of this release.

Ridgeline is a discovery focused gold-silver explorer with a proven management team and a 154 km² exploration portfolio across four projects in the highly prospective Carlin and Battle Mountain - Eureka Trends in Nevada, USA. More information about Ridgeline can be found at www.RidgelineMinerals.com.

On behalf of the Board
"Chad Peters"
President & CEO

To view the source version of this press release, please visit https://www.newsfilecorp.com/release/106239

Sign up to receive news releases by email for Ridgeline Minerals Corp. or all companies belonging to the Mining and Metals, Precious Metals industries.