Appia has received assays from diamond drilling core at Wilson North and Richard. Assay results from the Wilson North drill hole confirm the previously announced discovery of massive and semi-massive monazite (see October 13, 2021 news release) with some of the highest recorded rare earth grades discovered to date on the Alces Lake property. Highlights include:

To date, a total of 119 drill holes (4,480 m including historic drilling) have been drilled in the WRCB area with at least 8 holes (1,035 m) remaining in 2021. Important drilling will be conducted around the Charles zone as well as a 400m long hole to test the extent of projected mineralization at WRCB.

Previously announced on October 13, 2021, the Wilson North assays confirm the magnitude of this discovery. The Wilson North hole (21-WRC-015) is the most significant intercept to date at WRCB and confirms the potential quality of this area as a significant rare earths accumulation. The 9.38 m of massive and semi-massive monazite is essentially a true-width intercept, found at a down hole depth of 15.22 m-24.60 m and averages 17.53 wt% TREO. This intercept includes an interval of 2.14 m grading 32.17 wt% TREO, with assays up to 37.92 wt% TREO (See Tables 1 and 3 below).

Frederick Kozak, President of Appia notes, "The Wilson North discovery was important to confirm the continuity of WRCB REEs and confirms Appia's geological understanding as this discovery is further delineated. The intercept from 21-WRC-015 is high-grade, but most importantly, its width is far superior to any previous intercept at Alces Lake, which continues to confirm the potential of this discovery area." 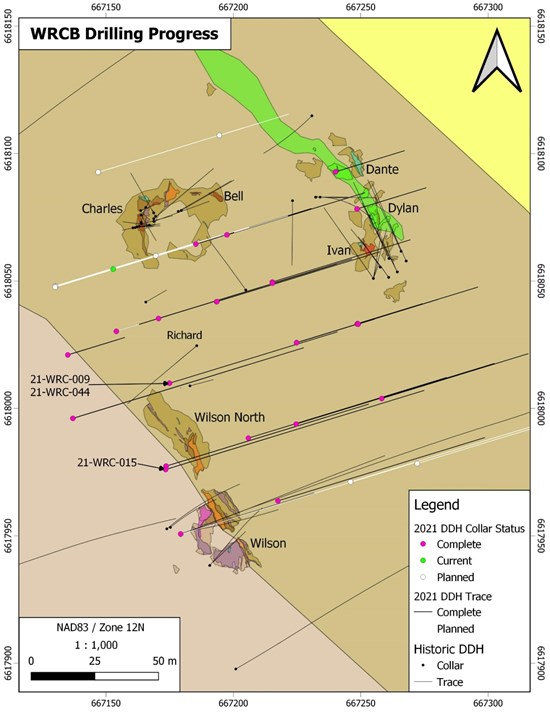 In additional to the Wilson North assay results, Appia is pleased to announce results from the Richard zone. These assay results confirm continuity of high-grade mineralization and zone orientation (Table 1). The intersection of both the Wilson North and Richard zones in 21-WRC-015 yields the potential for the mineralized system to produce multiple parallel stacked zones.

The Company is fully-funded for the 2021 program and all required permits for the exploration activities are in-hand.

With the largest exploration and diamond drilling program in the Company's history nearing completion in 2021, exploration results will be released as received and analyzed by the Company. Analysis of the summer exploration and drilling program will follow and may lead to the preparation of an NI 43-101 (Technical Report with 3D Geophysical-geological Models) report expected near the end of 2021 or early 2022. The Alces Lake project encompasses some of the highest-grade total and critical* REEs and gallium mineralization in the world, hosted within a number of surface and near surface monazite occurrences that remain open at depth and along strike.

The Alces Lake project is located in northern Saskatchewan, the same provincial jurisdiction that is developing a "first-of-its-kind" rare earth processing facility in Canada (currently under construction by the Saskatchewan Research Council, it is scheduled to become operational in early 2023). The Alces Lake project area is 35,682.2 hectares (88,172.7 acres) in size and is 100% owned by Appia.

Appia is a Canadian publicly-listed Company in the uranium and rare earth element sectors. The Company is currently focusing on delineating high-grade critical rare earth elements, gallium and uranium on the Alces Lake property, as well as exploring for high-grade uranium in the prolific Athabasca Basin on its Loranger, North Wollaston, and Eastside properties. The Company holds the surface rights to exploration for 83,706 hectares (206,842 acres) in Saskatchewan. The Company also has a 100% interest in 12,545 hectares (31,000 acres), with rare earth element and uranium deposits over five mineralized zones in the Elliot Lake Camp, Ontario. 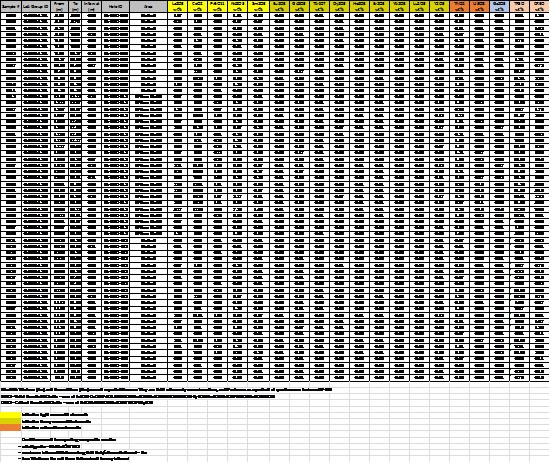 To view the source version of this press release, please visit https://www.newsfilecorp.com/release/105563